Raising 2 crafty boys and thrifting every chance I get.

Before we Bought it:

The bathroom wasn’t properly vented, which I thought meant a fan but it means something I don’t quite understand about the pipes and gas and stuff.  So we had to take it to the studs

After (but not quite done):

We got the Cole & Sons wallpaper (I’m the last to jump on the bandwagon, I’m a big girl so I run walk slowly).  I also would like to add that the periwinkle step thing is also a “before”.  On the list of things to rectify.

I bought if from Rose & Radish and I have to say the owner, Cate, was delightful to talk with over the phone. 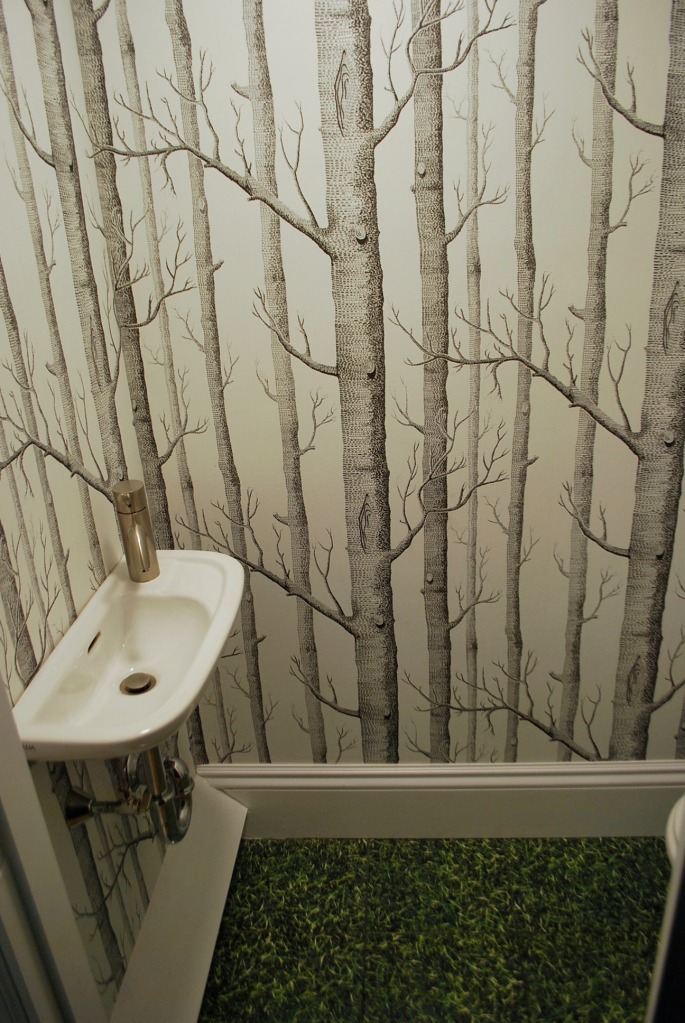 It was my husband’s idea to do the “grass” tiles.  We love it!

Not quite done, still have to install the super cool mirror I scored on ebay and put in a handle.  But I could not wait to share! 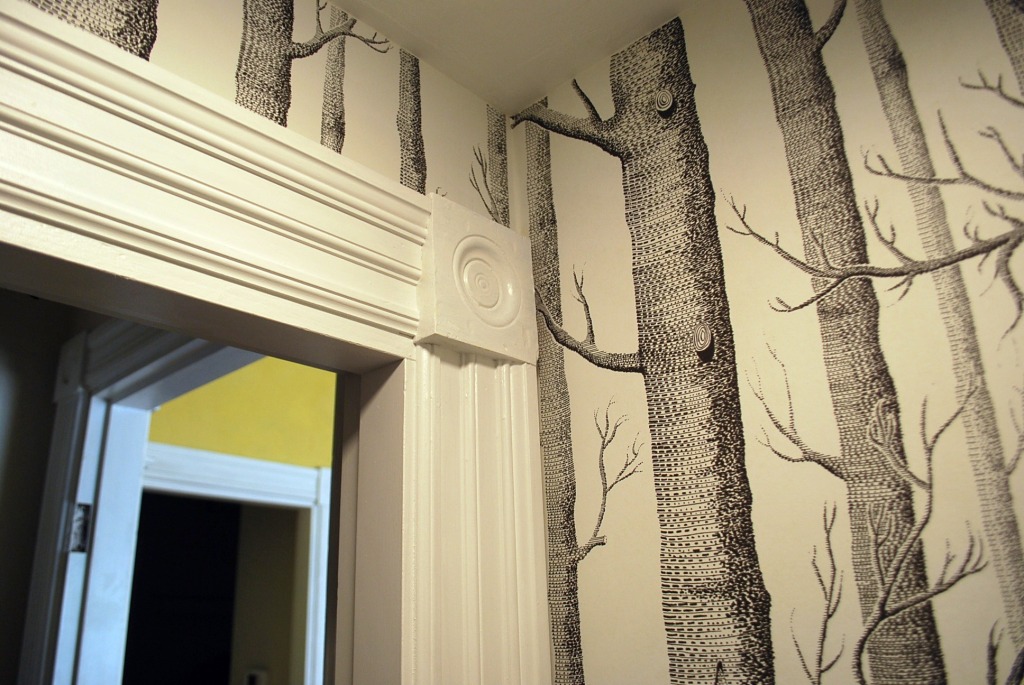 Hard to take a photo  inside the tiny bathroom but you get the idea.  We were going for a secret little woodland world under the stairway.

Edit to add: Want to acknowledge the other players on the team -wish we were DIYers but we’re really not.  Our contractor is AMAZING.  He thought of things I would never have like mimicking the trim around the door so it relates with the rest of the house and the baseboard molding, nice touch.   My husband had the idea for the grass flooring and our contractor hunted a distributor down.  I love that my husband trusts my instincts but also brings so much to the creation of our home.

Thanks for all the kind words.  I am embarrassed to admit how good it feels to read them.