Raising 2 crafty boys and thrifting every chance I get.

Do they really need to include  instructions for how to sit in a bean bag chair?  What I really needed was a few tips on how to shove the insert into the cover.  I need a massage after wrestling 2 of those bad boys into their monogrammed denim shells.  Seriously strenuous. 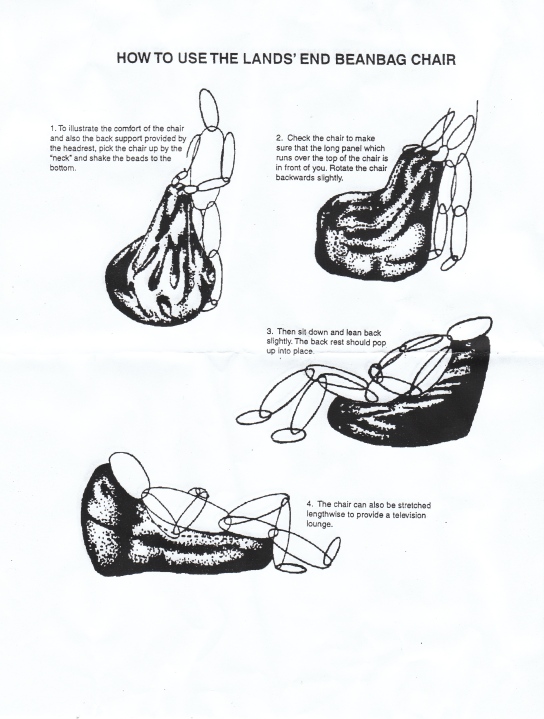 Funny, I did not need to tell him how to do this: 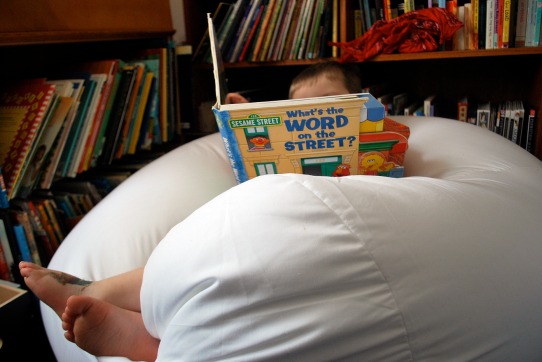 This was pre-cover.  They ship them separately for maximum drama.  And that’s a tattoo on his foot just in case you were wondering, Egyptian god (all the 2 year olds are getting them).

The 3rd installment of giveaway goodness are these vintage salt & pepper shakers.  They are in mint condition, replete with their foil label on the bottom.  You know every day I post what I am giving away I have doubts, “Do I really want to part with this?”.  But I am challenging myself to let go of “stuff” and I have to say it’s feeling good.  So here is more of my stuff to clutter decorate your home with!  But I am having pangs so I reserve the right to break your heart and switch these out for something else.  Sorry!

But don’t forget to leave a comment here for your chance to be a WINNER! 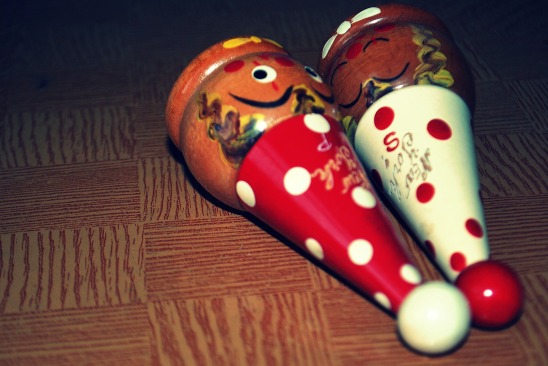